There are many reasons to decide to read a book – a favorite author, a recommendation from a friend, buzz, dearth of  other reading material next to the toilet… the list is endless.   One that I know is quite common (although not often acknowledged by some ‘intellectual’ readers) is very simple – the cover.  It’s happened to me on more than one occasion, especially back in my compulsive book-buying days.  One example I can think of off the top of my head is Nicola Barker’s Darkmans.   This is the cover that sucked me in:

I can’t even necessarily tell you why it is that this cover appealed to me so much (although, as Stephen King’s It is one of my favorite books, I have a fondness for stories that might have something to do with a sinister clown).   Whatever the reason, I bought Darkmans on the spot, knowing nothing about it other than what I could infer from the cover.  That’s the power that covers have.

The New York Times has a great review of the 19 Best Book Covers of 2012.  It’s well worth a look.  Here are some of my favorites from their list: 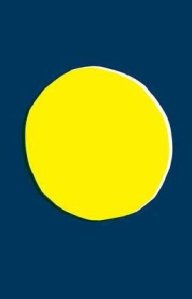 I had never heard of Sam Kean’s The Disappearing Spoon before coming across this wonderful little essay in Slate.  The book itself looks like quite a fascinating read:  a collection of true stories relating the comic, tragic, and often macabre origins of the periodic table of elements.

Kean’s little piece in Slate talks nothing of the books content, however.  To set up the context, have a look at the book’s American cover:

Makes sense.  There’s the titular disappearing spoon, along with a font and layout that shouts “HISTORY!” and some ominous clouds in the background to give the whole thing a tinge of the sinister.  Fits perfectly with the book’s full title:  The Disappearing Spoon and Other True Tales of Madness, Love, and the History of the World From the Periodic Table of the Elements.

Now, imagine you’re the author and you receive the following copy of the Taiwan edition in the mail.

Ok, a spoon.  Good so far.  An x-ray image of a hand – sure, that’s how the Curies first used radium.  Moving down the cover… title, author, an anime sperm,  a ….wait.  Hold on a sec… Optimus Prime?  Two women in separate, but equally, provocative poses?  A flaccid dil…  Huuuuhhhh???

This was pretty much Kean’s reaction.

Kean manages to track down the cover designer to get to the bottom of this.  Her answers?

We usually have many technology books, [which] are serious, serious, serious, and bored!!” she wrote via email. “So, this one, we want to make it more fun and interesting, to catch people’s eyes, and make them curious about it.

As for the half-deflated zinc male member…

When a men was weak in sex, his wife might give him some seafood, [and] the seafood have many zinc. That is why I draw that icon for zinc.

To paraphrase Kean, “Makes sense…sort of.”